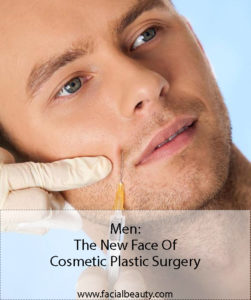 When it comes to a breast reduction or a tummy tuck, what’s the first thing that comes to mind? “The Real Housewives Orange County?” Pamela Anderson? Dolly Parton?

Meet the new face of plastic surgery. It goes by names like Greg and Kyle, two patients of Dr. Paul Parker, of the Parker Center for Plastic Surgery in Paramus. “I was overweight for years. I got myself back to peak physical form, but no matter what I did, no matter how hard I tried, I just could not get rid of the fat deposits on my chest,” says Greg, 53, who, for as unashamed as he says he is about getting a breast reduction, asks that we keep his last name private.

Hoboken resident Kyle Brister, 26, was in a similar situation – except his primary problem was his stomach. “I went from 310 pounds to 185 through diet and exercise, and had excess skin around my abdominal area,” he says. He has no regrets about having a tummy tuck, or abdominoplasty. “It’s not cheap. The recovery wasn’t easy. But the benefits outweigh the cost.”

“The numbers keep going up each year,” says Parker. “Because people are living longer, and living healthier, and they want to look as good as they feel. That is just as true for men as woman,” says Parker, who says men account for between 12 and 15 percent of his practice.

There were 68,106 aesthetic breast reduction surgeries in the United States in 2015, and for the first time men accounted for more than 40 percent of those procedures, according to the American Society of Plastic Surgeons.

A total of 27,456 breast reduction surgeries (Gynecomastia) were performed on men, representing a 5 percent increase over the previous year and a 35 percent growth since 2000, according to the ASPS.

“As plastic surgery is becoming more common and accepted in men, we’re seeing more of them undergo procedures to tighten and tone problem areas, like the breasts,” says ASPS President Dr. David H. Song in a statement on the organization’s website. “This procedure is often done in younger men who face genetic challenges with the size and shape of their breasts, and when appropriate, surgery can make a big difference in their lives.”

When it comes to the old so-called “man boobs,” there is more than just the kind that comes from flab. “They can come from a variety of conditions,” explains Dr. Harris Sterman, chief of Plastic Surgery at Holy Name Medical Center in Teaneck. “It could be just natural obesity. Or some men have actual breast tissue, either because of excessive female hormones or because of an excessive response to female hormones. Others lose weight, and so you need to get rid of the extra skin…And then other people, especially body builders who take excessive nutrient supplements or steroids, can develop enlargement of breast tissue.”

Each of those types breast reductions are performed in different ways, according Sterman. “If it’s mostly fatty tissue, we’ll do liposuction. If it’s very fibrous, breast tissue, we have to make an incision and remove the actual tissue. It’s more invasive. For those who have lost weight, we get rid of the extra hanging skin, and make the areola smaller.”

But isn’t just their bodies. Men worry about their faces, too, doctors say. “Men certainly have face lifts. Getting their eyes done is even more common,” says Sterman. “And men are doing a lot more fillers in their cheeks, especially if there’s been weight loss, because their skin starts to sag,” he says.

“There’s a new product that came out called Kybella that we inject into the fat under the chin, in the neck. It helps break down and melt the fat,” Sterman adds, for those self-conscious about their double chin. He noted the procedure is not for everybody, depending on how much fat they have in that area.

Parker says men seeking cosmetic procedures tend to come in two categories. “One is the non-surgical category. For the face, men will come in and say they want to look younger. Forehead wrinkles, crow’s feet, puffiness around the eyes. They feel like they look tired, or older than they want to look.”

These patients can be treated with injectibles, he says. “There is a whole pallet of fillers that are available – Botox is just one of several. But these all need to be maintained. These fillers only last three or four months.” Other times, he says, a skin care specialist who is part of the practice does an analysis. “We’ll put them on a skin care program. It’s something simple that the patient can do for themselves,” he says.

Brister says the decision to have plastic surgery, whatever it might be, is an individual one. “It wasn’t something I openly discussed. Most of the people around me didn’t know I had the surgery. Not that I had any shame about it. It was just a personal decision. It was something I just felt I needed because it was the finishing touch on a lot of hard work. And from a self-confidence standpoint, it did a lot for me.”

Greg, meanwhile, says that as happy as he is with his tummy tuck and breast reduction, he’ll probably leave it at that. “It’s a slippery slope,” he says, laughing. “It’s been great and I am totally satisfied, but I don’t want to be the next Joan Rivers, either.”

Facial Beauty note: This was an article written by John Petrick of northjersey.com.  We at Facial Beauty believe it is important to get the word out to our readers that plastic cosmetic surgery can be for anyone.  To book a consultation with us, contact us here. 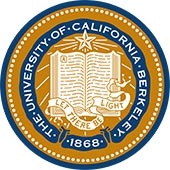 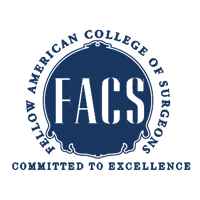